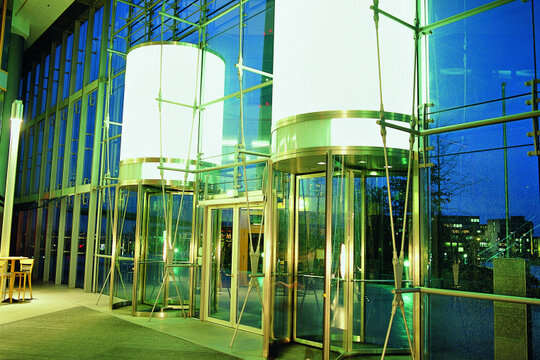 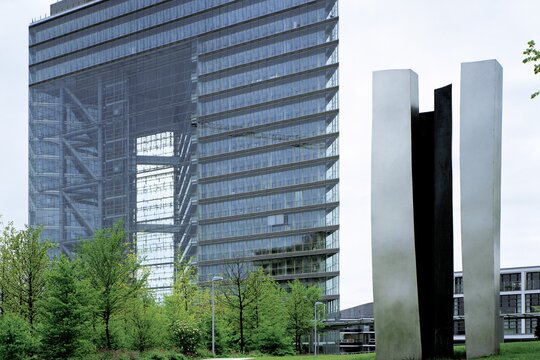 City Gate is as much a part of the modern Düsseldorf skyline as Kniebrücke, Landtag, Rhine Tower and the new port skyscrapers. The new skyline presents the latest developments in modern Düsseldorf in terms of architecture and cityscape projects, not forgetting the historic old town with its river Rhine promenade.

Among others, City Gate provides offices for the North Rhine-Westphalian Prime Minister. A special feature of the 80-meter-high office tower is the central hallway, which measures some 65 meters in height, and is lined with offices. The building determined by this arrangement has the character of a gatehouse, which explains its name.

We supplied the entrance consisting of two three-leaf revolving doors that stylishly blend into the airy steel and glass facade. The revolving doors also support generously dimensioned curved porches that become especially eye-catching at night with their soft lighting.