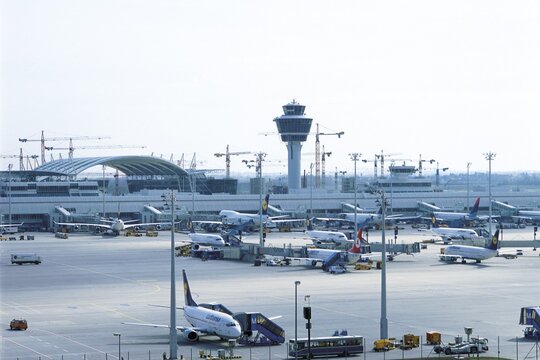 Franz Josef Strauss Airport is located in Munich, Germany, and opened in 1992. With 42 million passengers per year, it is second only to Frankfurt as Germany’s largest airport. It employs about 30,000 people, and regularly comes in the top 10 in a variety of international rankings.

Many record doors are featured in Munich, the most unusual of which is the three-wing revolving model shown here, which was built around a concrete column.