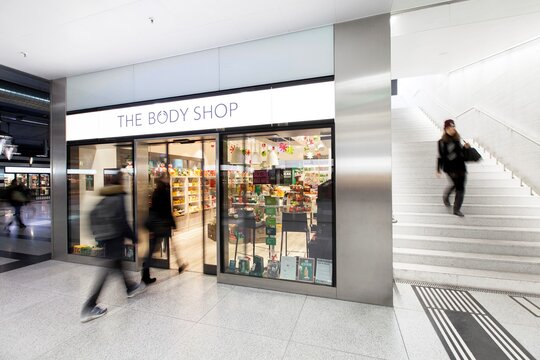 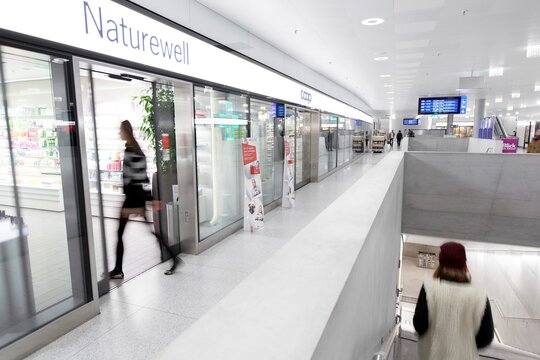 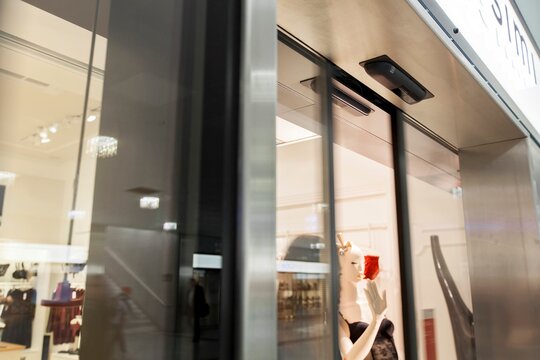 The diameter line is a railway track that passes through the city of Zurich, describing a wide arc from Altstetten via the main station all the way up to Oerlikon. Its centrepiece is the underground passage starting at Löwenstrasse Station, which was opened to time with the Swiss railways timetable change on 13 December 2015.

The construction of the station at Löwenstrasse gives Zurich’s main station new and additional access to the so-called Gessnerallee Passage, which links together the two underground transit stations Museumstrasse and Löwenstrasse, as well as the platforms on the ground floor. At the same time, new retail spaces have been created, expanding the ShopVille RailCity shopping mall by the addition of 44 new retail outlets. As record products are already well represented in the old part of the Shop Ville-RailCity, we received orders to supply entrance doors for the stores in the new part of the shopping mall, which is finished in steel, concrete and pale granite.